On July 28, the first proton therapy system in central China was successfully installed in Tongji Hospital of Tongji Medical College, Huazhong University of Science and Technology after the 15-ton bevatron was craned and landed in the machine room of the Proton Therapy Center in the northeastern corner of the hospital's Optical Valley Branch. 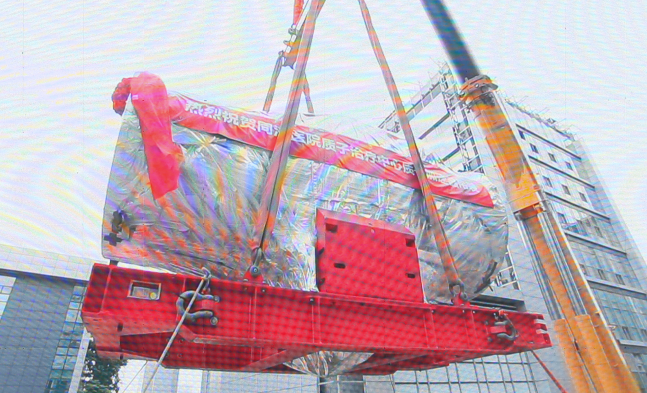 Upon its operation, the Proton Therapy Center will fill the gap in the regional cutting-edge technologies for tumor diagnosis and treatment, marking a milestone in upgrading tumor treatment in central China. The bevatron, 0.9 meters in radius and 15 tons in weight, can accelerate protons to 70% of the light velocity, generate 230 mega electron volts, and maintain a beam treatment accuracy within 1 millimeter. It is the world's smallest medical bevatron. As the bevatron is the core component of the proton therapy system, its successful installation marked that the hospital's Proton Therapy Center entered a critical stage. The 2-meter PET-CT project is proceeding in full swing and is expected to be installed and commissioned this October. The center will be put into clinical operation next year.