At 18:00 on February 14, a red-and-white helicopter landed on a parking apron of the Sino-French New City Branch of Tongji Hospital with a roar after about two hours of flight. An acute cerebral infarction patient was successfully transferred from Shaoyang, Hunan Province to Tongji Hospital, Wuhan City, Hubei Province, for treatments. He is also the fourth patient received by the Hospital via a cross-provincial air transfer in recent years.

The fourth patient, a 63-year-old man called Mr. Zeng, was struck by a sudden disease at home and blacked out. After emergency treatment in Hunan Xinshao People's Hospital, he did not recover. To avoid a worse condition, his family decided to send him to another hospital for higher-level medical treatments. Considering that conventional emergency transfer takes quite a long time and is full of risks, such as bad road conditions that may cause unpredictable consequences to patients. Mr. Zeng's family negotiated with two hospitals and finally chose an air emergency treatment mode for the patient transferring for his safety. He was then directly taken to the Sino-French New City Branch of Tongji Hospital by helicopter.

After the helicopter was parked, an expert team of Tongji Hospital communicated with the original hospital and evaluated Mr. Zeng's condition as quickly as possible, then sent him to the emergency isolation unit promptly, where multidisciplinary experts jointly provided a diagnosis for him. According to them, the posterior circulation acute cerebral infarction was triggered by tumor chemotherapy. At present, Mr. Zeng has been properly treated in the neurology department of the Hospital and his condition remains stable.

According to Bai Xiangjun, Vice President of Tongji Hospital, air rescue is time-saving, quick and stable, and is free from road conditions or traffic jams. It is not the first time for the Hospital to receive cross-provincial patients through air transfer, which indicates that the air-ground integrated emergency center of Tongji Hospital has begun to play an important role in serving critical patients in central China and other regions. "We will continue to improve the emergency response capacity of the National Medical Center for Major Public Health Events, perfect the pre-hospital emergency system, expand the service radius and ensure the health of our people." Bai Xiangjun mentioned. 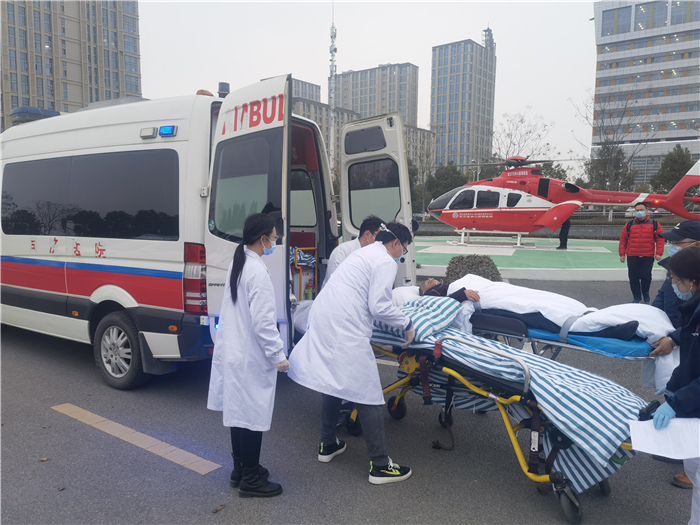 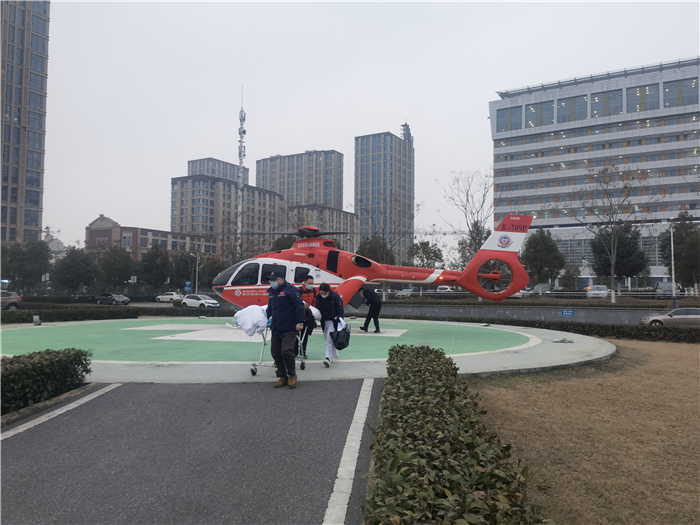